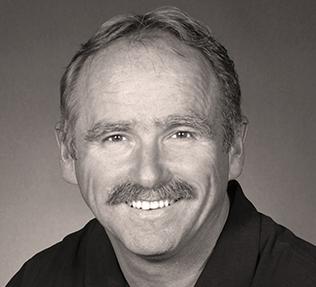 Kananaskis Golf: Gary, thank you for your time to talk about your involvement in our restoration. Let’s start by asking how it was for you, when our General Manager Darren Robinson approached you about taking lead of the course’s redesign.

Gary Browning: You know, going back to that summer of 2013, I knew about the flood and I knew Kananaskis had been damaged, but I had no idea how bad it was. Then Darren called me – Darren and I had had a business relationship from years prior and we just stayed in touch infrequently – so when he called he said, “Gary, can you come out and help us out?”, I could tell he was bleeding badly.

So, I went out to Kananaskis the next day and I was just devastated by what I saw, absolutely devastated. I could clearly recognize in Darren and Calvin [McNeely, Kananaskis Country Golf Course Superintendent] how devastated they were, but they were also in shock. I took it upon myself to try and lift their spirits and said, “you know, it’s not as bad as we think. We can fix this.”

From there, it’s developed into the relationship we have today. These guys aren’t just business colleagues now, but friends. 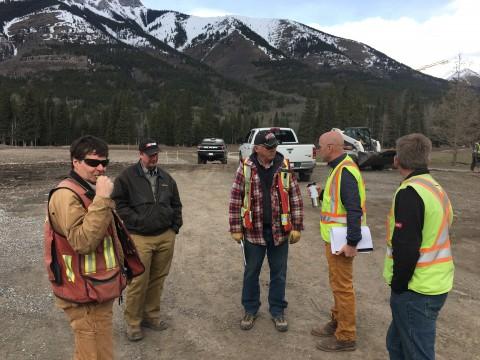 KG: And that wasn’t the start of your relationship with Kananaskis Country Golf Course, was it?

GB: No, that’s true, it wasn’t. My connection to Kananaskis came at a young age, when it was first contemplated by the Alberta Government to build the course. I was, at that point, starting to explore a passion for golf course architecture that I had, and the Government issued a call for proposal. That was probably in 1978, or 79.

I responded, because I desperately wanted the job – but they gave it to Robert Trent Jones Senior. I have to tell you, as a young, ambitious architect just starting out in my career, I was bitter about that choice. But, it was the best decision they ever made, because Trent Jones Snr changed the face of golf here in Western Canada. He raised the bar, and showed us all what golf course design was really all about.

Then, over time, everyone just fell in love with Kananaskis. I often found myself showing off Kananaskis to visiting golf friends and colleagues, rather than my own work at other courses, simply because it was so very well done. You grew more and more fond of the place, the more you were around it.

KG: What would you say it was about the course that you particularly liked, as a golf architect and as a player?

GB: It was just a brilliant layout, in terms of how it flows from one hole to the next. It was strategically challenging for a player. He taunted players with the different things he did, whether that was the bunkers that he built, the Kananaskis River that he brought into play, or the style of a Green – everything about it responded to a golfer’s sense of challenge and competition in a brilliant way. With the redesign, we were very conscious of not losing that.

KG: So, for you professionally Gary, how was it to have taken the course as the work of original architect Robert Trent Jones Senior, and put your own stamp on it?

GB: I feel so incredibly honoured to have been entrusted with re-creating Trent Jones Senior’s work. It’s just like golf. I love the challenge of golf, and I love the challenge of design. I’m confident that we’ve put something back as good, or perhaps even better – because now we’ve had thirty years of experience to assess where even Jones himself may have done things differently. So, we’ve looked at it and said, let’s do it differently.

Fifty years from now, people are going to be playing in Kananaskis and they’ll be in awe with the scenery, but I also want them to be aweing over the golf course itself. It’s a timeless design, and we’re confident players will highly approve of what we’ve done. I began working on this in 2013, and to see golfers out there back in Kananaskis will be a momentous moment for me – both personally and professionally. 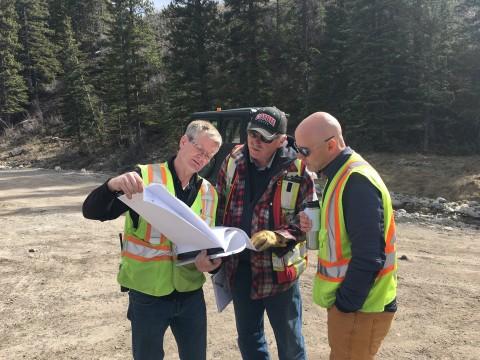 KG: So, what can our golfers expect when they return next season to a completed new course?

GB: Our golfers will see that the overall look, feel and character of the course remains relatively similar, but they’ll notice subtle changes. We’ve taken some of the teeth out, so to speak, she’s not quite as penal as she used to be!

The course will still be a challenge – tough holes are great, but they can’t all be tough. It’s about enjoying the challenge, but also enjoying the victory. As a golf architect, you have to offer a little victory along the way – that’s what we’ve done. For example, we may have moved the bunker subtly so it’s not quite as much in the landing zone, so that it doesn’t catch everyone. It’s just a way of softening it a bit, and making it a little more playable, so that the average player can come out and enjoy themselves just as much as the more experienced.

KG: And anything golfers should know or consider when they return for a round next season?

GB: I’m excited for golfers to return and see what we’ve done, and just to be out here enjoying this spectacular location again, although I would say that players should be mindful of the “new born” status of the course. As seasoned golfers will understand, during the early stages of the ‘grow in’ period, she will be quite fragile. Over time, the course will continue to grow and fill-out, and the turf conditions will improve. Just like a fine wine, she will mature beautifully. 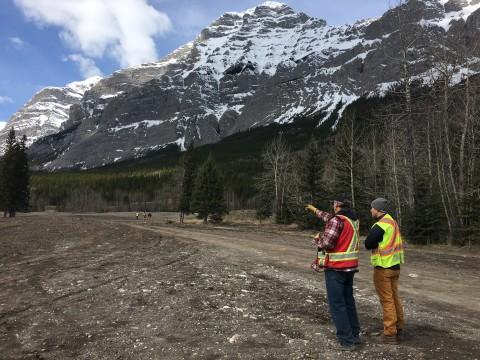 KG: And finally, can you outline how you took your passion for being a golfer, and shaped your career around the game?

GB: Well, let’s be clear so that everyone knows, when you say I was a golfer; I could play a game of golf, but I wasn’t terribly adept at it! But I had a passion for it, I was an obsessed golfer and played any chance I could growing up.

Then, I went to study to become a landscape architect, but came into contact with a golf course architect – an older gentleman out of Texas – on a project I was involved in here in Western Canada. From working closely with him on that very project, I went on to work with him in Texas for a number of years, in the early 80s, so that’s where I apprenticed if you will, with him in Austin, Texas.

I then returned to Calgary and the rest in history. Along the way, I earned myself a Masters in Environmental Planning, because I thought the environmental movement was so strong that it was going to impact golf course design – which it did. I would say that my environmental degree has been the basis of my success in this profession, because I’m not just a developer. I’m very cognizant of what we have, and I want to protect the environment with what I do. I want to work on beautiful projects, but if we can do that and still be very aware of being careful with the environment, does it really get any better than that?

For further information on Gary Browning and his professional projects, see here : [http://browningdesign.ca/people/]